New Meds on the Block 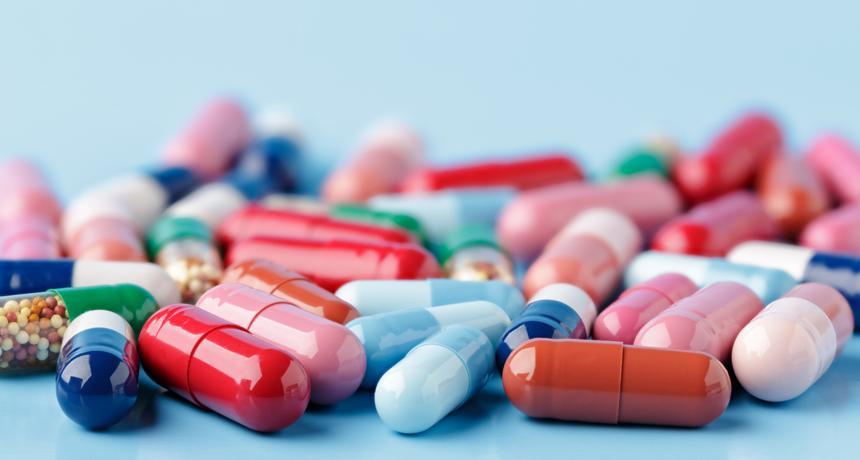 GLP-1 agonists and SGLT2 inhibitors are among the newest diabetes medications and they do more than just lower blood sugar.

Type 2 diabetes is a progressive disease.  Over time, most people need multiple medications to control blood glucose levels. Fortunately, over the past two decades several new classes of diabetes medications have become available to help people control their blood sugar. Sodium-glucose cotransporter-2 (SGLT2) inhibitors and glucagon-like peptide-1 (GLP-1) agonists are among the latest classes of diabetes medications to receive approval  by the Food and Drug Administration (FDA). SGLT2 inhibitors and GLP-1 receptor agonists are ideal medications for people with type 2 diabetes because they lower blood sugar low risk of hypoglycemia and have additional benefits like improving blood pressure, weight loss and cardiovascular protection.

Before considering any medication to treat diabetes, a healthy lifestyle is essential. The key components of a healthy lifestyle include a low-calorie meal plan, regular physical activity, getting enough sleep, support from family and friends and avoiding all tobacco products. You should strive to achieve and maintain an ideal body weight through a primarily plant-based diet high in polyunsaturated and monounsaturated fatty acids, with limited intake of saturated fatty acids. Physical activity is an important part of a healthy lifestyle for diabetes. Regular physical activity—both aerobic exercise and strength training—improves glucose control, lipid levels, and blood pressure. Adequate rest is also an important part of diabetes lifestyle management. Ideal sleep is at least 7 hours per night. Studies have shown that getting 6 to 9 hours of sleep each night reduces cardiometabolic risk factors, whereas sleep deprivation worsens insulin resistance, elevates blood pressure and blood sugar and increases inflammation.

For many people with type 2 diabetes, a healthy lifestyle alone is not enough to control blood sugars and medications are needed. The necessity of medications should not be thought of as a failure of lifestyle but as a supplement to it. Metformin is considered the first line medication for the treatment of type 2 diabetes because it has a low risk of hypoglycemia, can promote modest weight loss and has long-lasting effectiveness. SGLT2 inhibitors and GLP-1 agonists are ideal second- and third-line medications if diabetes is not well controlled on metformin alone, or if it is not tolerated. If you need double or triple-drug therapy, the combination of metformin with an SGLT2 inhibitor and/or a GLP-1 agonist can be powerful diabetes strategy.

Saliva of the Gila monster.

GLP-1 receptor agonists, also known as incretin mimetics are a relatively new group of injectable drugs for treatment of type 2 diabetes. GLP-1 medications must be given by injection with a small needle, although a pill version is in development. GLP-1 receptor agonists work by mimicking the function of the natural GLP-1 hormone which primarily helps to lower blood sugar levels after meals. The first GLP-1 compound, Exendin-4 was isolated from the saliva of the Gila monster in 1992. Exenatide, the first GLP-1 medication is a synthetic version of Exendin-4. Other GLP-1 medications are synthetic versions of the hormone GLP-1 which have been modified to last longer in the body.

*Liraglutide is also available as a once-daily injection for weight loss sold under the name Saxenda®.

Common gastrointestinal side effects of GLP-1 receptor agonists include:

Up to 40% of people experience initial side effects when starting a GLP-1 medication. These usually resolve over a few weeks. To minimize side effects, the starting dose is low and is slowly increased as tolerated. GLP-1 receptor agonists should not be used if you have a personal or family history of medullary thyroid carcinoma or multiple endocrine neoplasia syndrome type 2. GLP-1 receptor agonists should be not be used if you have a history of pancreatitis and discontinued if pancreatitis develops.

GLP-1 receptor agonists can delay emptying of the stomach, especially with initial use. Therefore, they should be used with caution if you have gastroparesis or severe gastro-esophageal reflux disease. This is also the main reason why these medications can cause nausea or even vomiting. When taking a GLP-1 medication you will notice that you start feeling full more quickly when consuming a meal. Stop eating as soon as you feel full because if you eat past this point side effects such as nausea or vomiting can occur. Smaller meals help reduce the risk of side effects.

The history of SGLT inhibition goes back 150 years.

The concept of increasing glucose in the urine has been studied for over 150 years using a plant extract called phlorizin. Phlorizin was later found to be an inhibitor of sodium-glucose cotransporter proteins. Blocking these proteins was found to improve carbohydrate metabolism making it an attractive target for the treatment for diabetes. SGLT2 inhibitors also called gliflozin drugs work by reducing glucose reabsorption in the kidney causing the kidney to release extra glucose into the urine. If you take an SGLT2 inhibitor, urine glucose strips will show a positive reading. This is normal because the drug works by increasing glucose in the urine.

Combination drugs have also been approved by the FDA which contain an SGLT2 inhibitor medication and second diabetes medication such as metformin.

SGLT2 inhibitors don’t work well if you have decreased kidney function and are therefore shouldn’t be used. Vaginal yeast infections and urinary tract infections are the most common side effects associated with SGLT2 inhibitors with the greatest risk in women and uncircumcised men. Infections are typically treated with antifungals or antibiotics and do not usually recur. A common side effect can be increased need to urinate which usually subsides after a few days.

More serious groin infections, known as Fournier gangrene have also been reported. SGLT2 inhibitors have also been linked to a slightly increased risk of lower extremity amputations. The cause is unknown but thought to be due to decreased blood flow in the extremities. Dehydration from excessive fluid loss can lead to initial kidney problems, low blood pressure, fainting, and falls. There is a risk of diabetic ketoacidosis, which can occur at near normal glucose levels. Because of this risk, it is recommended to stop SGLT2 inhibitors 24 to 48 hours before to scheduled surgeries and anticipated metabolically stressful activities such as extreme sports. If you take an SGLT2 inhibitors, you should avoid ketogenic diets and excess alcohol intake. There is low risk of hypoglycemia from an SGLT2 inhibitor even when it is combined with metformin and a GLP-1 agonist.

SGLT2 inhibitors cause modest weight loss without changes in diet or exercise due to the loss of glucose calories in the urine. On average, people lose about 2-9 pounds over a 2 year period with most weight loss in the first six months. SGLT2 inhibitors lower blood pressure and possibly prevent heart failure due to its diuretic effects. Longer-term benefits may be due to hormonal changes and weight loss.

One of the most significant SGLT2 inhibitor trials was the EMPA-REG study. This study demonstrated a 38% reduction in death risk from cardiovascular causes subjects who took empagliflozin compared to a placebo group. Canagliflozin has also been shown to reduce the risk of cardiovascular death, myocardial infarction, and nonfatal stroke, as well as hospitalization for heart failure, but increased the risk of amputation in CANVAS Study. 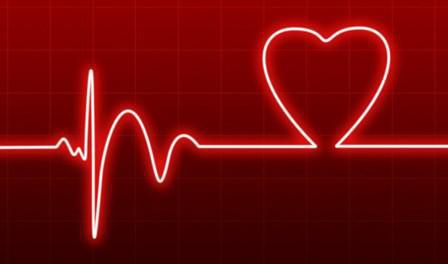 Heart disease doesn’t happen just to older adults. It is happening to younger adults more and more often. This is partly because the conditions that lead to heart disease are happening at younger ages. 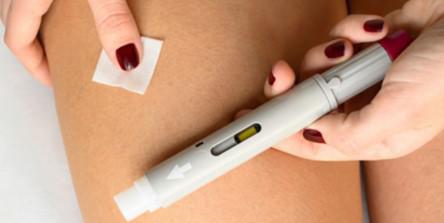 When people lose weight, their body begins sending signals to the brain that there is a decrease in stored energy. The brain then sends hormonal and chemical messages that increase appetite, hunger, and cravings and decrease metabolism. 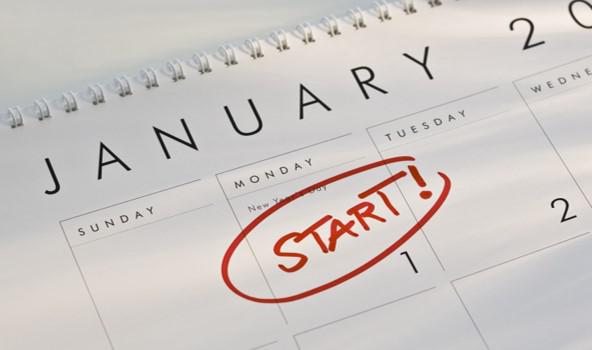 Some people's challenges are more daunting than others, and it can be disappointing when we abandon our resolutions after only a few weeks. No matter what you have resolved to do this year, it is always best to approach it with a plan. 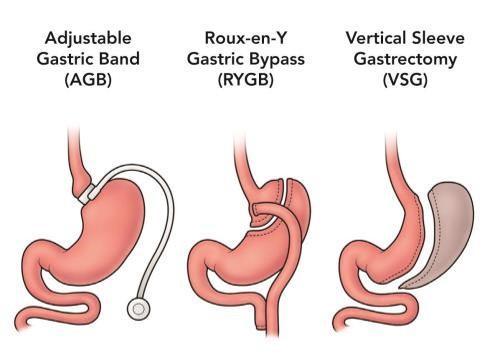 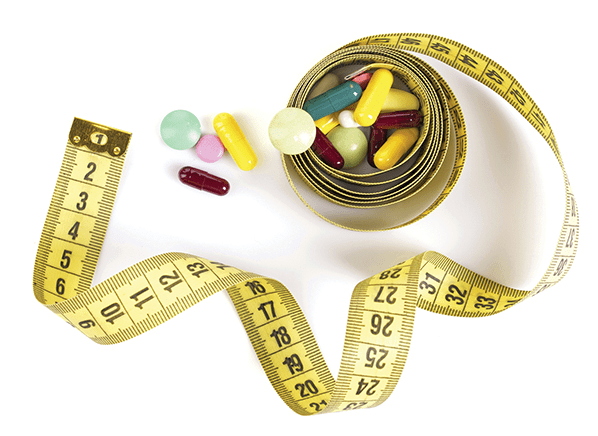